On Thursday, September 23rd (weather permitting), a team of talented gigapanners will be capturing a stupendous photographic portrait of Pittsburgh. You are invited to take part.

Designed by researchers at Carnegie Mellon University, the GigaPan robotic camera mount is capable of capturing explorable, multi-gigapixel panoramas. From approximately 11:00 a.m. to 3:00 p.m. on the 23rd, we plan to take a series of GigaPans consisting of thousands of photographs from the top of the U. S. Steel Tower, a high point in southwest Pennsylvania. You can be in the picture, more than once if you move around. It’s free, fun, and you will be making history.  Here's how you can join the fun:

1. Check the first Pittsburgh Gigapanorama at www.gigapan.org/gigapans/47373/ Zoom in and find a familiar spot in the landscape where you’ll be seen.  The closer to the Tower the better, but any place that can be seen in the first image should also be visible in the second.

2. Let us know who you are and where you'll be by visiting the Pittsburgh Gigapanorama FaceBook page or following the STUDIO for Creative Inquiry on twitter @CreativeInquiry. Please provide an e-dress and/or cell phone number so we communicate with you before, during, and after the shoot.

3. We plan to take the image in four geographic segments on this approximate schedule:

Plan to be in your position before shooting for your section starts and be ready to follow our Twitter feed on-site so you’ll know when we actually start taking pictures in your direction.

While you can just stand in place and smile, we encourage creativity. Wear a costume or colorful clothing; hold a sign or banner, anything to help you stand out from the landscape. Also, bring a cell phone that day so we can communicate when we are shooting images in your direction.  Also have someone snap a picture of your display that you can send us.

Since the Pirates will be playing in PNC Park at 12:35, you can also be in the picture simply by going to the game and sitting on the right or left sides of the field (no outfield seats).

We hope to release the completed image online in late October, when you will be able to visit the image, find and take a snapshot of your participation. We’ll also make a large (4 feet x 25 feet) print of the image and include it as part of our gigapanorama exhibit "New Perspectives of Pittsburgh" which will be in the Photo Forum Gallery in the upper lobby of the U. S. Steel Tower from October 11 through November 19, 2010.  Details to follow.

So join the fun and please also share this information with your Pittsburgh networks and contacts so others can participate.

The Pittsburgh Gigapanorama project was initiated by David Bear at CMU’s STUDIO for Creative Inquiry and has received support from the Heinz Endowments and Sprout Fund. 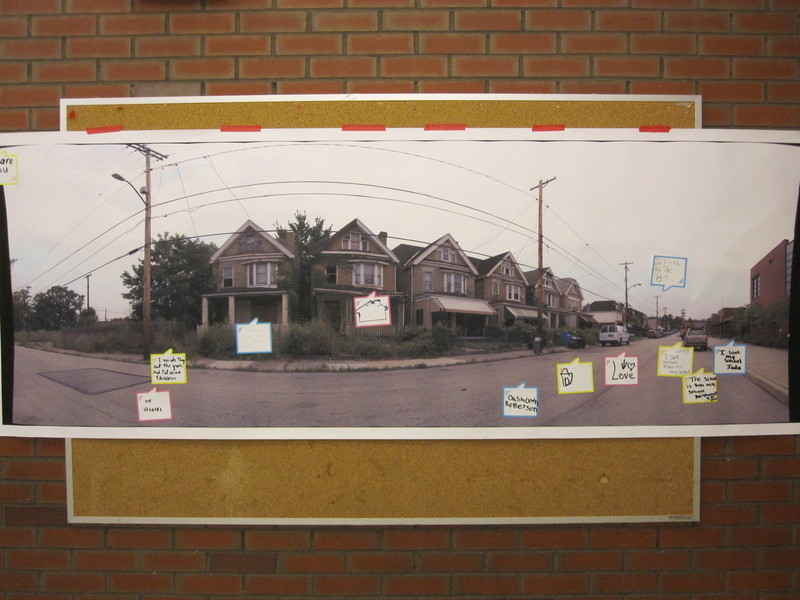 What a quiet morning I had today!
I had the chance to get into the electric car for a test drive.

Thank you Josh! For the first time I ride a car that use noooooo gas and is very, very quiet.
Check out the video.

For GigaPan setup go to Part 2 and scroll forward to 6:20min

We would like to invite you to our final community event and cookout of the summer on Friday, July 30th at 7pm, at the Electric Garage.

We will be hosting a public policy community day. In addition to invited members and representatives from local government and Pittsburgh's Group Against Smog and Pollution (GASP), CMU professor and former NASA astronaut Jay Apt will be giving a presentation on the electric grid.  Professor Apt will begin at 8:30pm.

The Electric Garage is located at the former Exxon Gas Station on the 4600 block of Forbes Avenue, next to CMU

To stay up to date on all things ChargeCar, please visit www.chargecar.org and join our forum and mailing list. 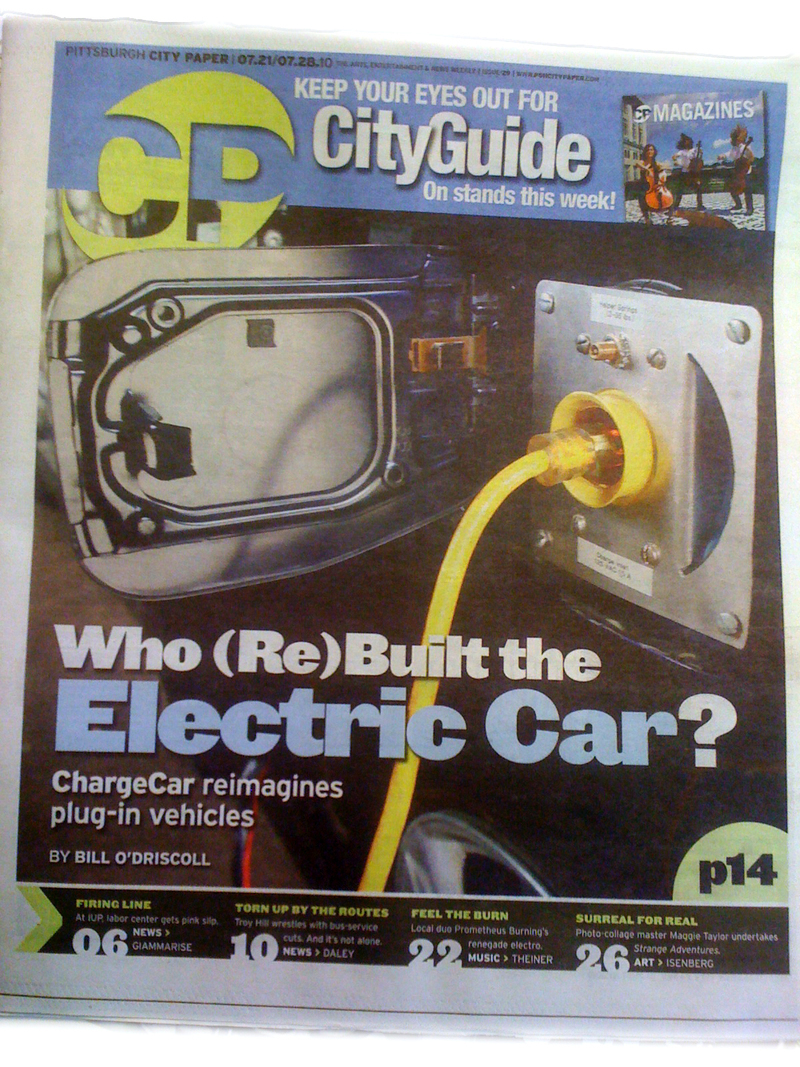 Join us at the Electric Garage this Friday evening at 7PM.

We will be hosting a town-hall-style meeting/forum. This week, in addition to our normal open house, we'd like to switch it up a bit and invite everyone to suggest future community events and projects, as well as talk about anything that is EV related.
To get the gears turning, here are a few questions that we've already brainstormed:

The Electric Garage is located at the former Exxon Gas Station on the 4600 block of Forbes Avenue, next to CMU

To stay up to date on all things ChargeCar, please visit www.chargecar.org and join our forum and mailing list.

Join us at the Electric Garage this Friday evening, July 9th: 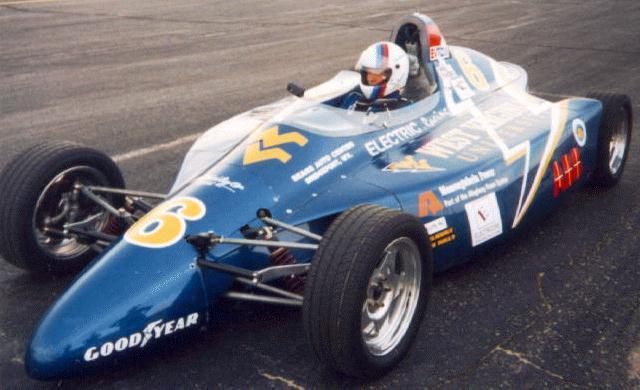 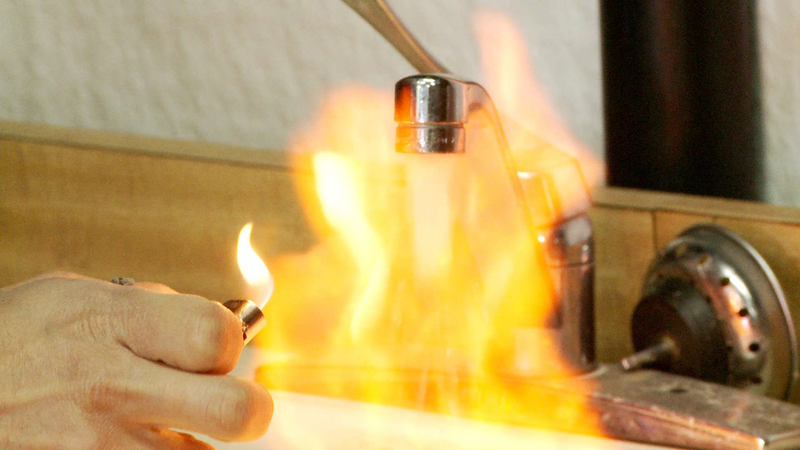 Outdoor screening of the documentary Gasland followed by a short discussion.
Please bring chairs and blankets for seating during the movie

Feel free to invite your friends and family.

The Electric Garage is located at the former Exxon Gas Station on the 4600 block of Forbes Avenue, next to CMU.

The ChargeCar Electric Garage is located at the former Exxon Gas Station on the 4600 block of Forbes Avenue, next to CMU.

A closer look at the 1800 kayaks setting a new world record. Zoom in on participants faces at: http://gigapan.com/gigapans/51206

The Hawaii issue of Gigapan Magazine is now live at http://gigapanmagazine.org/vol2/issue3/