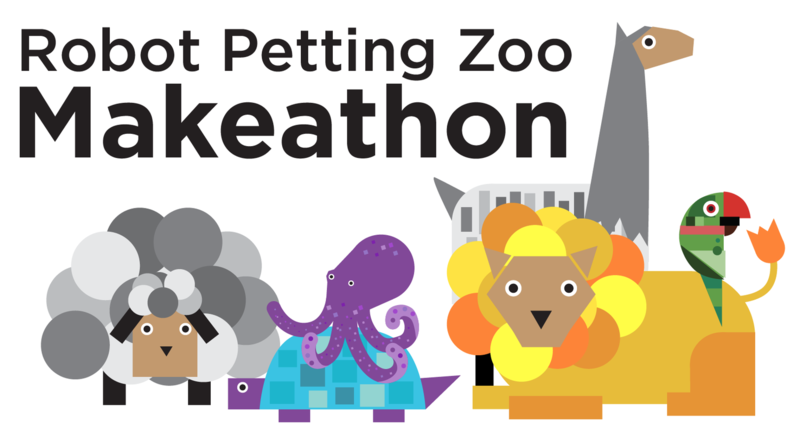 Birdbrain Technologies would like to invite Pittsburgh area high schoolers to join us for a free weekend of fun, creative making!

On September 26 & 27 we are holding a Hummingbird Makeathon where teams of teens will join together to create awesome robotic pets. 2 weeks later we will display these creatures to the community at our "Robot Petting Zoo" at the Pittsburgh Maker Faire.

The Makeathon is designed to be beginner friendly; teens do not need to have any experience with robotics or computer programming to attend, just a willingness to be creative and try new things!
You can learn more and apply at:
http://www.hummingbirdkit.com/makeathon
If you have any questions please email us at makeathon@hummingbirdkit.com.

Allegheny Traditional Academy middle school girls engaged in the after school program STEM Stars focused their Carnegie Science Center i5 Digital Video competition entry on Air Pollution and Asthma.  SPECK played a feature role as the girls used the monitors to assess the air quality in their own school.  Check out their culminating video:

STEM Stars, a joint program between the Carnegie Science Center and the YWCA, targets middle school girls in Allegheny County.  The goal of STEM Stars is to improve academic achievement and increase interest in and awareness of STEM topics and careers.

There's still time to register for the Three Rivers Educational Technology Conference on Nov. 17th & 18th. TRETC is the premier K-16 educational technology conference in Western Pennsylvania. Over 350 educators from K-12 schools, higher education and non-profits come to the event. In addition, each year over 30 vendors showcase their new technologies.

CREATE Lab has been featured in the past at TRETC and this year, the Hummingbird and Finch will be part of the Maker Space and will be part of Breakout Session B: Featured Presentation – Ball Room – 11:10 am – 12:10 pm

Description: This session will present trending APPS and tools in a fast-paced, fashion show format. Learn how to engage your students, stimulate creativity, foster collaboration, and encourage deeper learning while putting your teaching style in a class of its own.
Watch "TRETC invite 2014" on TouchCast

http://touchcast.com/stlnn/tretc_invite_2014
(Watch to the end to see the Hummingbird t-shirt and the Finch which will be in the fashion show.)
Hope to see you there!
Post submitted by Zee Poerio, St. Louise de Marillac Catholic School
The mission of the project was and continues to be—to enlighten and empower youth through the tools of science and art. By researching, designing and constructing site specific, action art projects, which were driven by digital data collected with CREATE Lab tools like the CATTFish, The Lemonade Project aims to not only brew citizen scientists, but cultivates future environmental leaders and educators. 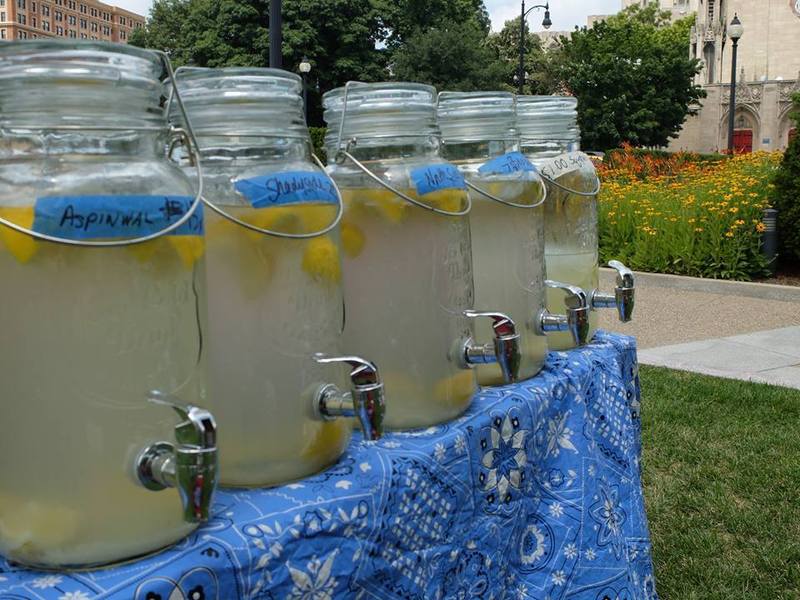 Art is a Catalyst in the Locomotion Lab

The Locomotion Lab is a STEAM lab in Chartiers Valley Intermediate School. It was set up through a 2013 STEAM grant that was sponsored by the Allegheny Intermediate Unit's Center for Creativity. The Locomotion Lab is a learning environment that centers on art to provide hands-on experiences and a creative means to teach science, technology, and above all creativity to elementary level students. Students have the opportunity to make do-it-yourself projects in screen printing, graphic design, robotics and recycled art. Each facet of the Locomotion Lab can be explored individually or combined depending on the depth of the project.

A major component of the Locomotion Lab is Arts & Bots. Students in third, fourth, and fifth grade have used Hummingbird kits to unleash their inner maker through robotics. Students made robots to welcome spring, recycle materials, and animate animal habitats. During the upcoming school year all fifth grade students at Chartiers Valley Intermediate School will work in collaborative teams to design robots that can make art. The Locomotion Lab was designed and run by the art teacher at Chartiers Valley Intermediate School, Mrs. Mary Mastren-Williams. The premise for using art as a catalyst in STEAM learning was an answer to a call from employers for a need of creativity in their employees. Using art to design and solve problems in a STEAM lab prepares our students for 21st century skills at an early age.

“What I love about Arts & Bots is that not only are we incorporating 21st century skills such as robotics and coding into all curricular areas, visual art is and the design process are being incorporated as well. Open any education book and you will read art and making are a catalyst in learning.”

“People like to say we need to prepare students for real life, and what I counter that with is why don’t we make schools like real life itself-bring experiences outside of school into the school environment.”

This is a powerful quote from young education activist Nikhil Goyal (pictured above),who inspired me to further question standardized testing. As a student, I understand the importance of tests to track the progress of schools and individuals, but students shouldn’t be ranked based on test scores. The multiple-choice format of testing is a simplistic and inefficient way of assessment. It doesn’t show who the students are.

For example, students shouldn’t be labeled as “advanced,” “proficient” or “basic,” based on their answers to test questions. Coming from a low ranked school, I’ve seen students score poorly on these tests; meanwhile they have valuable real-life problem solving skills. I know that some of the things we learn are useful, but when will I be challenged in real life to fill in bubbles?

Schools put so much emphasis on the multiple choice section of standardized tests, but in the real world nothing will be given to us on a Scantron sheet with a packet full of multiple choice questions. As students, we struggle to find value in the state assessment system.


When I found out that our school district ranking was 437 out of 500, I felt that the Pittsburgh Business Times article was wrong and other students had mixed emotions. Some people agreed with the ranking, while others were mad, hurt and disappointed. We took action to make people realize that we are more than a number ranked by a system that fails to measure our real qualities. We all asked, ”Does this really define us? Are we really this bad?” We quickly shot down this thought and said, “We are more complex than what a test says about us. We are more than a number.” Then we decided as a collective group (The Future is Mine) to interview people on this topic and see how they felt about being labeled as “437”

The state should provide more than just numbers about the students and the school district. The writers at the Pittsburgh Business Times were given the statistics and they were doing what they were supposed to do.  The numbers don’t show anything about the students’ character or their community.

It is difficult to measure creativity and social involvement, but we should be ranked and defined by more than our test scores. We never get a chance to tell the true stories about our community and the quality of the people who live there. We are all held back by the statistics and we need to break the shackles of the “standardization” of our community and tell the real stories. 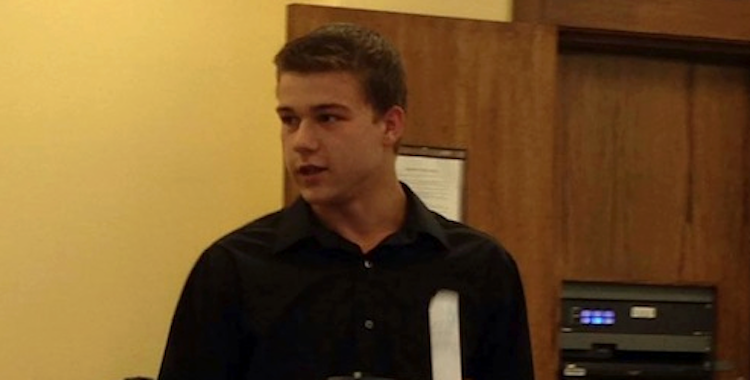 Denis McCormick is a junior at Steel Valley High School

Join Melissa Butler and Jeremy Boyle on this professional development workshop for educators.
Learn about the Children's Innovation Project. Find out how to order Circuit Blocks for your school or classroom.

Next Tuesday, June 4 we will be hosting a group of students and adults from the Minddrive project in Kansas City who will be visiting CMU as part of their second cross-country drive with an electric vehicle. We thought this would be a great opportunity to invite people from the CMU community and the public at large to meet with the Minddrive group, see their EV--electrified 1967 Volkswagen Karmann Ghia--as well as other EVs from the area, and talk to like-minded folks.

We particularly encourage EV owners to bring and brag about their EVs.

Hope to see you there!
More about Minddrive:

CREATE Lab projects were featured at the Allegheny Intermediate Unit's Center for Creativity for the grand opening of its transformED digital playground for educators on Wednesday. GigaPan and Arts & Bots were demonstrated to local educators by students. More about the event can be read at the Trib's website. 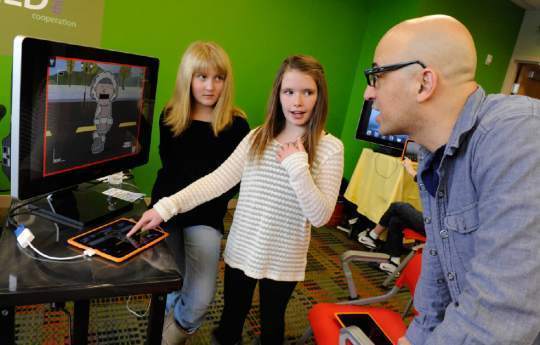 The Hear Me display at Square Café has evoked over 60 unique responses from community members since we installed it in May. 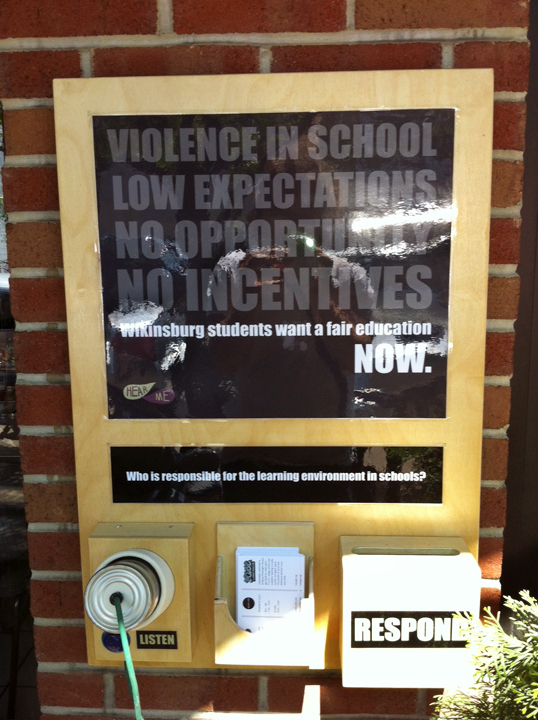 The display features rotating stories from a group of passionate students who are committed to improving their education through the F.U.S.E. program, which was started by a Wilkinsburg high school teacher to give students additional learning opportunities outside the classroom.

F.U.S.E. worked with Hear Me to record the students’ stories and partnered us with Square Café, a local restaurant who is committed to serving the community. The powerful stories and the display have become a topic of discussion in the café.

It currently features a story form Ashley, a 17-year-old Wilkinsburg High School Student, and asks the question: “How can we help students and administrators better understand each other?” 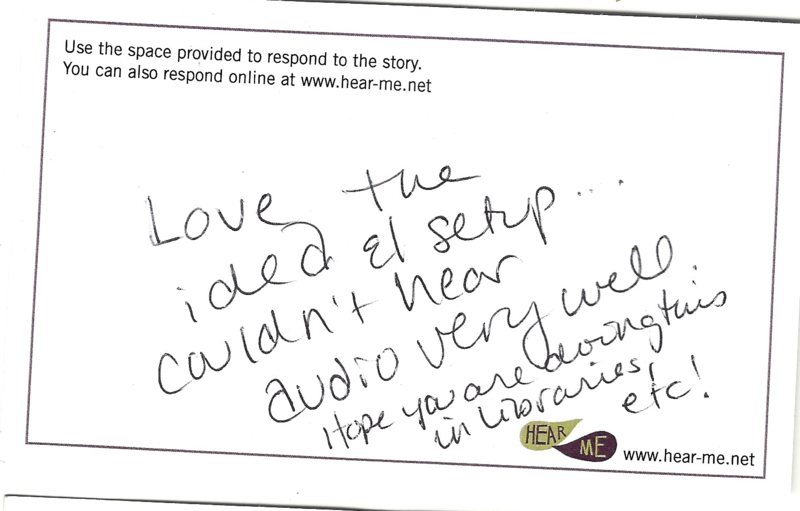 We update the story and the question every 2 months.

Previous stories include Sophia's, accompanied by the same question:

(“How can we help students and administrators better understand each other?”)

My neighborhood  By Sophia , 16 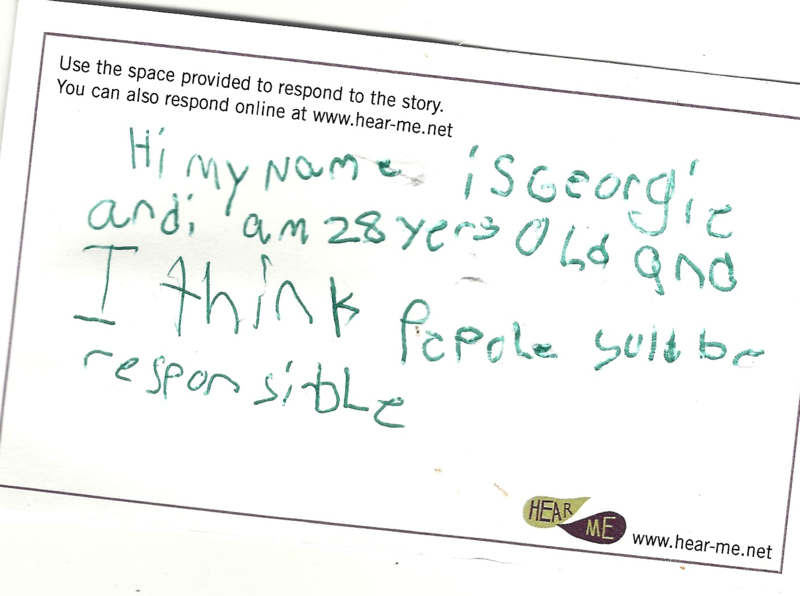 and Tatiyana's, along with the question "Who is responsible for the learning environment in schools?" 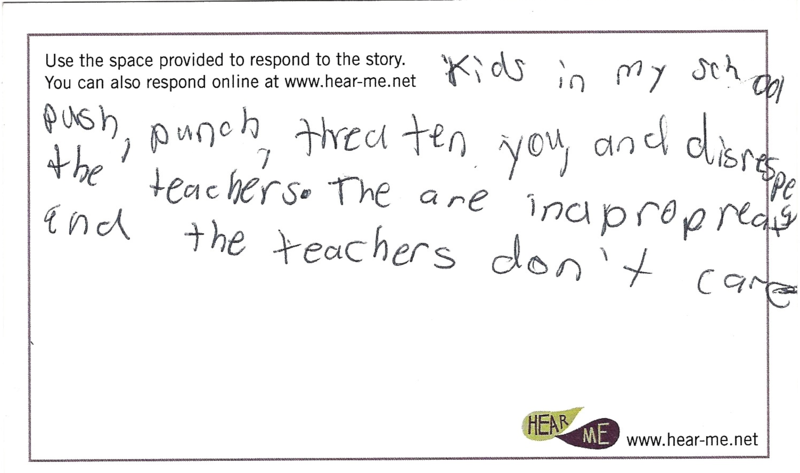 For more information or to learn how you can host a display, please email Hoffman.ryan8@gmail.com.