The following post was initially written for an Episcopalian Christian educator’s blog but it I hope it would encourage anyone who wants to make the world a better place.

What could an Episcopal priest (e-Formation’s Kyle Oliver) and a Sunday school teacher (that’s me) possibly gain from this gathering of techies, scientists, and secular educators? What could we want with robotics? Circuitry? Digital imaging? Digital badges?

What would Mr. Rogers say? 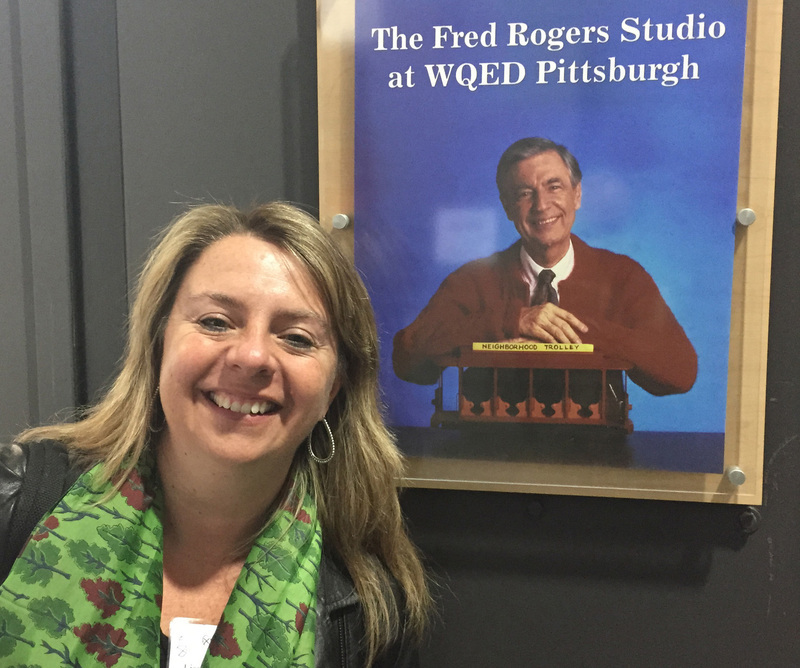 Perhaps a hint that we weren’t completely out of our element was represented in the simple choice of venue for the event.

In addition to the breakout sessions at the university—which is known for both letters and science—we gathered for each morning’s keynote address in the Carnegie Museum of Art. Best of all, we concluded our conference in WQED studios, where the perennial children’s classic television show Mr. Rodger’s Neighborhood was filmed.

In addition to being a beloved presence in the lives of millions of children, Fred Rogers was an ordained Presbyterian minister whose message of unconditional love is embodied by Christian formation ministers everywhere. His theology was expressed in his profound respect for children’s curiosity, their worldview, and their need to explore. This gentle outlook served budding philosophers and scientists equally well.

Which brings us back to the technology. We couldn’t help but think about how what we saw at the conference would be useful in Christian formation. Here are a couple of ideas …

As an incredible example of the intersection of humanities and science, we learned about one of the “Arts & Bots” projects in which students created motorized shoebox dioramas based on poetry.

In choosing which poetic image to represent, and by carefully constructing the diorama out of traditional craft materials brought to life by robotic components for motion, sound, and light, the students were encouraged to “go deeper” into the meaning of the poems they were studying.

They were forced to consider the writer’s intention and context, as they reread and interpreted the words as a visual, animated image. In their personal response, they were forced to ask “I wonder?” questions.

Wait a minute. That creative exegesis and questioning sounds a lot like Godly Play.

Telling a story with 100 objects

In an illustration of technology being used to enhance historical understanding, we discovered the “100 Objects” project. Based on a popular exhibit at the British Museum, “The History of the World in 100 Objects,” the instructor asked his students to narrate a history of race in the U.S.

The students chose the objects, and then recorded audio podcasts telling a first-person narrative, a witness to history from the “perspective” of that object. Next, the students used graphic design software to create posters featuring the object and a scannable QR code.

The posters were displayed where other students could use their smartphones to read the QR code and gain access to the podcast. In one example, we listened to a microphone from the Cotton Club talk about being present in one of the first spaces where people of different races could mingle socially and witnessing the memorable day when Billie Holiday sang.

Wait a minute. Educating young people about the history of race in America sounds like an effort to transform unjust structures of society. That’s one of the Five Marks of Mission in the Episcopal Church. 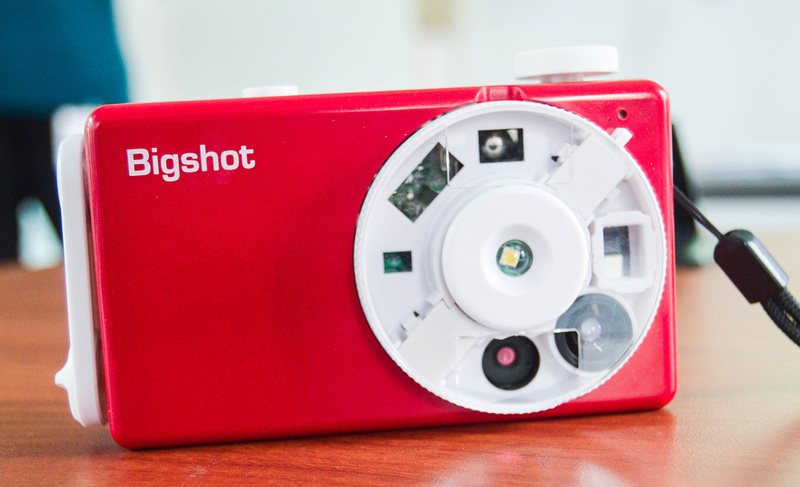 Another fascinating demonstration introduced the “Bigshot” camera, the first digital camera designed for experiential learning. Children can assemble the entire device from a kit, and understand much of the underlying science with the help of some engaging online tutorials.

As a Christian educator, they had me at “experiential.”

In one Bigshot learning project, immigrant children were each given a kit to assemble the digital camera, which is powered by a hand-crank and features a “Swiss Army”-style rotating lens. The children then took to the local art museum, where none had ever visited. They took photos there, had them printed (something most could not have afforded to do), and then got to see them exhibited at the museum with their families as special guests.

To tell our story is a basic human urge; in fact, it is through storytelling that our shared identity is formed and propagated.

For these mostly marginalized children, for whom English was a second language, and for whom economic and academic prospects were sadly limited, this camera gave them a voice with which to speak and be heard. It gave them a measure of dignity.

Wait a minute. That sounds a lot like the Baptismal Covenant promise to “…strive for justice and peace among all people, and respect the dignity of every human being.” (Episcopal Book of Common Prayer)

At this point you may be asking if these examples are just gimmicks. Isn’t it a bit of a stunt to pitch technology education as Christian formation. I think not.

Here’s an observation: in today’s world, if you give an 18-month-old child a spoon and an iPhone, you might be shocked to discover that they are equally adept with both tools.

Technology provides us with tools. And tools are no more and no less than the means by which we accomplish something else.

We build, we travel, we communicate using our tools. We share our faith using our tools. Before you could read the Bible on your Kindle, you read it in a book printed on a digital printer. Or an offset printer.

Before the printing press, it would have been a hand-copied book written with a quill. Further back, before most people could read, we shared our stories and formed our community using stained glass windows and altar frescoes, crafted with hand tools and delicate brushes. We used the tools we had to tell our story.

So today, when we have tools that are capable of miracles compared to their precursors, why wouldn’t we use them?

To proclaim the Good News, to teach and nurture believers, we need to meet them where they are. We need to speak their language.

It was with an almost theological orientation that Context Conference keynote speaker, former Carnegie Mellon provost Indira Nair, urged us to teach the next generation to use the marvelous tools available to us. The root of the word “technology,” she explained, was derived from the Greek word tekhne, meaning art, or craftsmanship, and logos, meaning expression.

What tools in our modern world will allow us to cleverly craft and express the foundational stories of our faith? As Nair noted, “…stories inspire and orient me.”

What tools will allow us to carry our faith into the next century and orient young believers? How can they help us to, as Nair challenged us, “invert the standard power relationship and privilege the child’s voice”?

As Christian educators, these are the questions we need to be asking.

Lisa Brown (@LCBrown67 ) is the Director of Children’s Ministry at St. Paul’s Episcopal Church in Pittsburgh, PA. She is also a coordinator for the Children’s Ministry Team of the Episcopal Diocese of Pittsburgh. A graduate of Carnegie Mellon, an active member of Forma, and a multi-troop Girl Scout leader, Lisa is passionate about creatively engaging, enlightening, and enriching the spiritual lives of young people.

The Rev. Kyle Oliver is the Digital Missioner and Learning Lab Coordinator for the Center for the Ministry of Teaching at Virginia Theological Seminary. He is the coordinator of the E-formation Conference (http://www.eformationvts.org/ ) which is an ecumenical conference on ministry in a digital world.