They then tested each of the three fuels by burning them separately in a controlled experiment at the school laboratory, and collected data to see which produced the least amount of air pollutants. The Speck air quality monitor from the Carnegie Mellon University CREATE Lab and air quality monitors from University of Colorado captured the combustion byproducts, documenting produced particulates, carbon dioxide, carbon monoxide, nitrogen oxides, and volatile organic compounds. 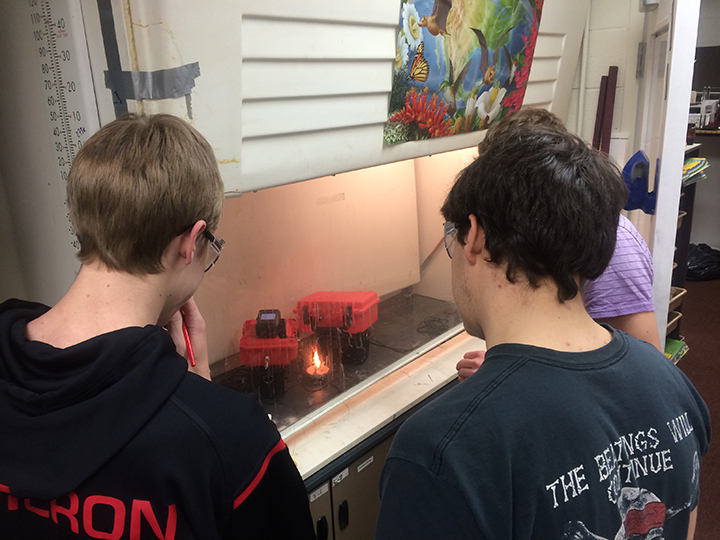 The students’ experiment was successful.  Biodiesel made from unused vegetable oil created the least amount of pollutants, but also did not burn as hot as the other fuels – raising questions of efficiency. Another area of interest is a “lag” between the production of particulates and carbon dioxide, as seen in the following graph. The students continue to analyze these results, but have concluded that a revised experiment design and additional tests are needed.

But those tests will have to wait. This team of student scientists is currently busy preparing their results for the Colorado State Science and Engineering Fair.

More info about Speck can be found here.