HUNTINGTON -- Most daycares have snack time, nap time and all sorts of games, but the Marshall University Early Education STEM Center has all of that, along with robots and voice activated technology that its Pre-K students are not only playing with but are helping build almost on their own.

That technology and those students were on full display during a family night event Thursday at the STEM Center in Corbly Hall on Marshall University's Campus.

Specifically, students were eager to engage in activities that made their way to Marshall's campus thanks to a partnership with the Create Lab at Carnegie Mellon, which includes three main projects called GigaPan, Hear ME and Message from Me, said Tarabeth Brumfield, the director of the Early Education STEM Center.

"All of these activities have so many ways to engage these kids in using technology," Brumfield said. "These are kids who have had technology be a part of their lives from the start, and they aren't scared or intimidated by any of it."

Brumfield was especially excited for the Message from Me Center, which allows the students to wirelessly upload photos by themselves, create a message to go with it and send the photo and message via text or email to someone from a list of people including their STEM teachers, their classmates and their parents.

The Message for Me machine is one of thirty in existence, Brumfield said.

"It's a neat way for them to engage their school life into their home life," she said. "It's a fun way to share what they're doing with their parents while they're learning."

Parker Adkins, a 4-year-old STEM student, operated the Message for Me machine like a pro, and his parents, Nisa and Shawn Adkins, said they've seen so many changes since their son began attending daycare at the STEM center.

"We wanted to send him to a place where we knew he wouldn't fall through the cracks, where he could get one-on-one attention, and he's gotten that here," Nisa Adkins said. "He's opened up so much, and there's so much difference in the way he deals with problems and works through things. The whole thing is just great." 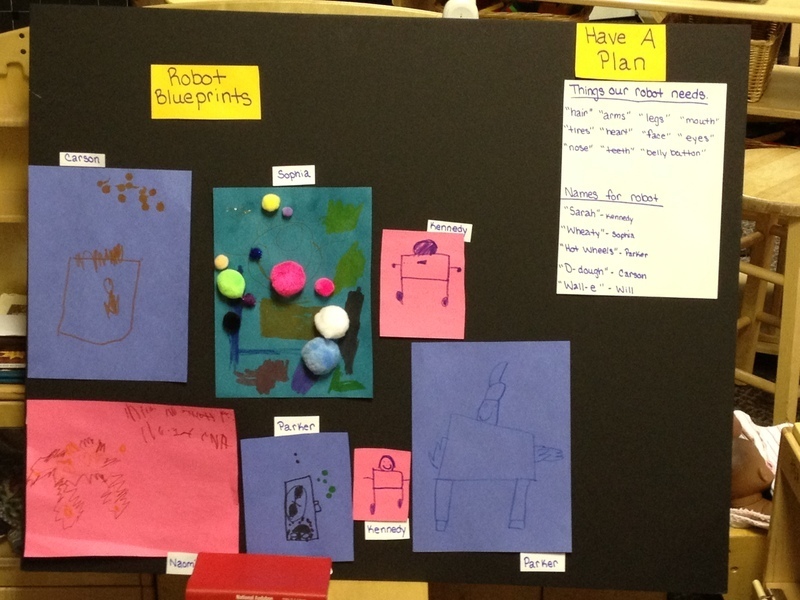