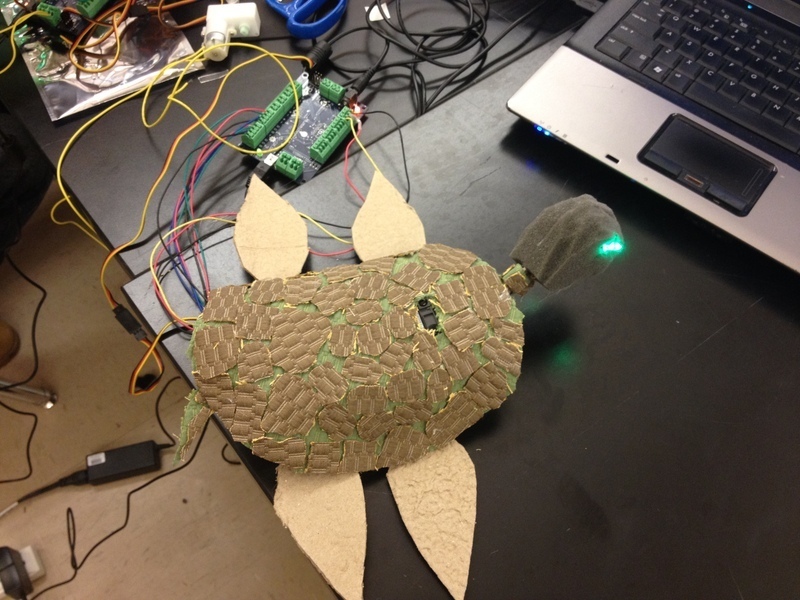 The Arts and Bots project integrates technology, robotics and art through the use of familiar arts and crafts supplies, circuit boards, lights, motors and sensors.  Students design, build and program robots that tell stories of literary and historical characters and events while promoting technological literacy and informal learning.

Arts and Bots is one of several projects implemented by the Harless CREATE Satellite, a branch of Carnegie Mellon University’s CREATE Lab at the June Harless Center.  The satellite provides robotics and technology initiatives to West Virginia schools including Marshall University Professional Development Schools.

Due to its success Arts and Bots, originally designed to encourage middle school girls’ interest in STEM topics, was expanded to include both genders and a larger age group.  The Harless CREATE Satellite enables educators and rural communities in West Virginia a real-time portal to the flow of cutting edge technologies and programs being developed at the lab in Pittsburgh.